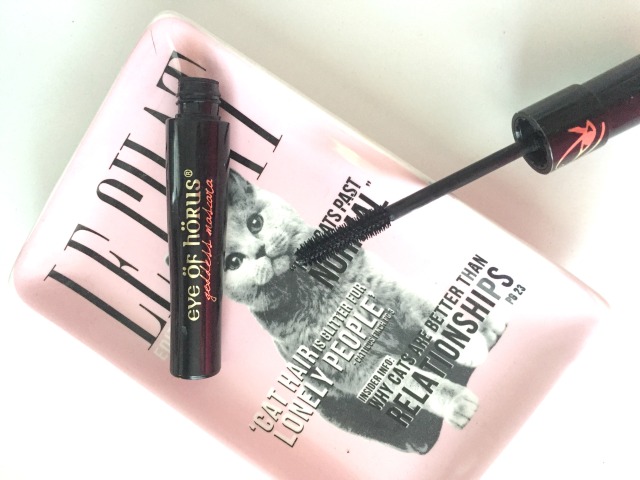 Yo class (haha I need some more ways to say hello! I promise I don’t greet my real class that way).

You guys… I’ve done it. I’ve found my favourite mascara.

My mascara-hunt has been through its ups and downs and I’ve thought I’ve found my holy grail probably about 4 times. BUT I PROMISE YOU THIS IS IT.

I’ve never had a mascara where I’ve felt comfortable enough to post a close-up before/after eye picture of it’s use. Until now.

This stuff is ridonkulous. I’ve heard people talking about it here and there over the past few years but I hate paying lots for mascara because it’s SO hit and miss. That, and mascara runs out fairly fast as well so it can get costly constantly replacing them every few months.

This little baby will be where my fortnightly pay check is going as not only do I need to repurchase it, but I also need a few back-ups (of course).

I was first introduced to this at an Eye of Horus PR event where one of the owners of the brand was there and told me all about the product. I was still skeptical at this point. I do tend to be quite a skeptical person.

Rather than paraphrasing a few key dets from the website I’m going to quote the details word-for-word. Not because I’m lazy but because I couldn’t have said it better myself, and I want you to have all of the details.

So here are my thoughts…

The formula is not thick at all, but then not too runny. Perfect runny-ness. It’s as black as your soul (very black). I love that the ingredients include oils and waxes and I swear the wax is what makes it cling to the lashes so beautifully.

It applies really well to the lashes and coats them with ease. It adds volume without being thick and clumpy which resonates well with me.

I was told at the event to coat the top of the lashes first (as the wax clings to the lash) and then coat the bottom for a full effect. I think this is supposed to help your lashes curl. I can honestly say that I have seen a difference when I coat the top of the lashes prior to doing the bottom. If I forgot to do that then I can notice a change, my lashes are not as curled and they just don’t look as good.

I think one of the things that I love most about this mascara is the natural ingredients. I just love the idea of these waxes and oil coating one of the most precious parts of my eye.

I have always been told that with mascara it is the brush that is important – not the formula. Generally I have agreed with this theory. However I would definitely say that the formula of this mascara makes all the difference.

The brush IS awesome, but it’s nothing out-of-this-world. It’s not a new shape or anything like that, therefore I am assuming that the combination of the brush and formula is what makes this mascara so great.

The stick part of the brush is bendy which makes application easier. The brush itself is an hourglass shape. I would say a smaller but similar shape to the Better Than Sex mascara by Too Faced (also one of my faves). It’s made of silicon though which I definitely prefer to a brushy brush if you get my drift.

This mascara is lovely to wear. It’s not heavy or anything. It separates my lashes. I don’t own a lash curler and I find it curls my lashes to my satisfaction. It doesn’t smudge or flake off, but it’s not too hard to remove at the end of the day either.

I think the best description of the mascara would be light, pigmented and lengthening.

I don’t see how it could be disliked by anyone, and in fact I’ve never heard of anyone disliking it either to be completely honest.

Here is my before/after. Excuse the brows. I am growing them out for a wax. These are real pictures, my 100% real lashes with no eyelash curler or tinting used. Literally it’s JUST the mascara. I promise you.

The price point is the only downside for me. It’s $36.66NZD which isn’t a horrific price for a mascara, in fact it’s only slightly above the price of a Maybelline mascara in NZ. It’s actually pretty decent considering the ingredients and in comparison with Too Faced Better Than Sex. However I cringe whenever I buy a mascara as I know how long they’re going to last before they run out. This one is probably nearly about to run out and it’s been around 3 months which is quite standard I would think.

Despite my little whinge about the price of mascaras I am still definitely going to repurchase this after I’ve used up a few other mascaras I’ve got waiting in the sidelines.

This is my favourite mascara out of all the mascaras I have ever tried. I love the way it lengthens and curls my lashes, I love the way it is so easy to remove, however it doesn’t clump, flake or smudge and I love the ingredients used to make it. I would 100% recommend this to you, your grandma and your long-lost cousin. Put it on your wishlist and buy it next time you need a new mascara. I really don’t think you’ll regret it. 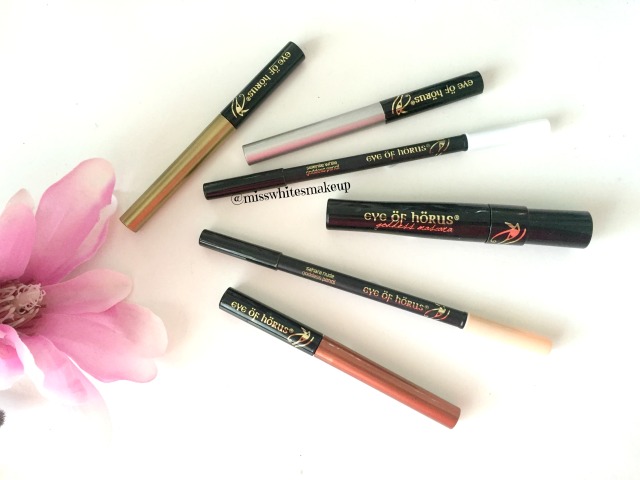