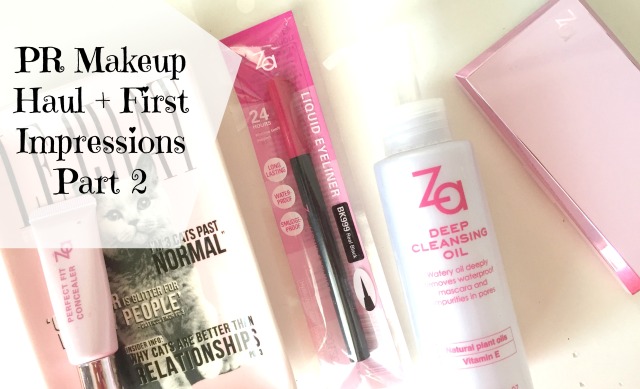 I’m a little bit extra excited to write this post because it’s all of the makeup goodies I’ve received from generous PR companies to try out and tell you about.

Okay so last time was a wee haul accumulated over a few months, this one dates back quite a while ago but I realized I hadn’t told you about some of these products and I thought you might like to hear my views.

Lets get into it!

I have done a first impressions and comparison on the Maybelline Fit Me Matte + Poreless foundation over here.

Anyway if you follow me regularly or you have read the posts linked above then you will know that I have oily, acne prone skin and I like a foundation with medium-full coverage and that is long-lasting and oil free.

Now this foundation encompasses the beauty of those features (apart from the oil-free part, which I’m unsure about) and more.

You may recognize the bottle as it is a reformulation of an old foundation (which I LOVED). The great thing is that they haven’t changed the formula too much either which I am glad about. They’ve included a pump (praise the Lord!) and introduced a new Friction-resist Technology which sounds super fancy but I think it just means that rub off or transfer and sits on the skin nicely.

It’s also a medium coverage and it definitely lasts well on my skin. I reach for it quite often during the week which is a feat unto itself as it takes a pretty amazing product to pull me away from my beloved Estee Lauder Double Wear!

I would definitely recommend it and I’d be keen to do an in-depth review if you were keen to read about it? Let me know down below or over on Facebook! 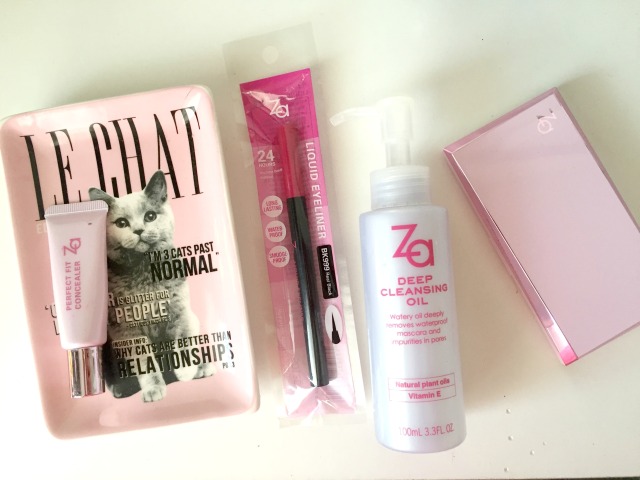 Okay some of these you may have heard about before.

The Deep Cleansing Oil is so amazing that I am writing a separate post about it. Watch this space.

The Liquid Eyeliner you KNOW is my ultimate favourite and is ridiculously easy to use. They sent me another one! I am so thankful! If you haven’t tried it and you stuff up your eyeliner all the time then go and buy this. Please. It’s cheap and it’s foolproof. Trust me.

I have only recently cracked open the Perfect Fit Concealer and I am REALLY loving it! It’s not too thick but it has awesome coverage. It blends like a dream. It hasn’t been creasing on me. I just really like it for under my eyes. The only thing I would LOVE is a lighter shade so that I can get some brightness under there. But I’d recommend that too if you’re in the market for a new concealer. It is marketed towards getting rid of under-eye circles, visible pores and spots and freckles. It definitely covers my visible pores and I’d say it would get rid of the darkness under your eyes and cover spots and freckles because it has a nice pigmentation.

The Airy Flawless Foundation I’ve been putting off writing about (NOT because it’s a bad product) but because I already have a powder that I’m obsessed with and I’m reallllly not in the market for something new. Don’t get me wrong, I’ve given it a try and it is a really lovely powder to set foundation with or to wear alone but I don’t wear it every day.

It’s in a super cute pink case which you can buy refills for I’m pretty sure which is great and saves you money in the long run! It’s got SPF20 which is great! It’s made from a liquid but turned into a powder which means that it’s got a nice pigmentation (I’d say a medium coverage) and it actually looks quite nice worn alone (which I never normally do!). I would use this most often for wearing alone.

It also comes in a range of shades which is just awesome for us super pale kids. The sponge it comes with is double sided with a regular sponge side and a really cool “puff surface” which is almost like a brush-like texture and it’s the side I use when I apply it. I actually really like that because it’s good for travelling as I don’t often use the sponges that come with powders but this one is surprisingly good.

I know my intro didn’t really sell the product well but in all honesty this is a great product. I would definitely recommend it to anyone that wears a powder rather and a liquid foundation. It can be used to set liquid foundations too and it works well at that but you can tell it’s strengths are when you’re wearing it as the foundation rather than over a foundation.

Have you tried any of these ZA products? I absolutely LOVE the brand ZA although it’s not a hugely mainstream brand I think it is horrendously underrated. I am excited for the day that they break through the international market (most likely for their kick-ass Liquid Liner!). Keep your eye on them – and go and give their stuff a try! 🙂

Eye of Horus is such an interesting and unique brand who I also believe are highly underrated. I never appreciated them fully until attending this PR event they hosted in Auckland. The brand is SO interesting. I love Ancient Egypt and this brand really speaks to me with their Egyptian theme. Plus it’s a local brand from Australia and the brand owner/operators are just SO lovely. I appreciated that they took the time to come to NZ to meet us. The work they have done creating these products is awesome. They are vegan, paraben-free, not tested on animals and include beautiful natural ingredients which are all values I really admire.

Now I didn’t want to list all of the Eye of Horus products I received at an event they hosted because there are quite a few things (too many for a title). So let’s chat about them one-by-one.

Firstly, the Goddess Mascara ($38.32) in Black. I have heard about this for the past few years but never got my hands on it. Until now. I don’t often buy mascaras as I have so many but this one is an exception. I am currently writing a post devoted to this product too so I’m not going to give too much away, but let’s just say the hype is real folks.

The Liquid Metal eyeliners ($36.18NZD) are a new addition to the Eye of Horus family. They are highly pigmented metallic liquid eyeliners. There are three shades – a gold, silver and bronze. I really like these. The pigmentation is hard to tell in the photos as I tried to do a thick swatch for you so you could see the colour, but it meant some of the pigmentation looks patchy. I can assure you they are not patchy at all.When applied in a normal liner way on the eye they are opaque and CRAZY metallic.

I have used all of them a few times and I love how they make my eyes POP. They also dry at super speed which is essential with eyeliners in my opinion. But it makes them really easy to work with as they don’t transfer to the lid – especially as my eyes are hooded.

The applicator is really easy to use as well as it’s spongy and firm enough but also bendy enough if that makes sense. The perfect in between. It’s a good size too, not too big and not too small. 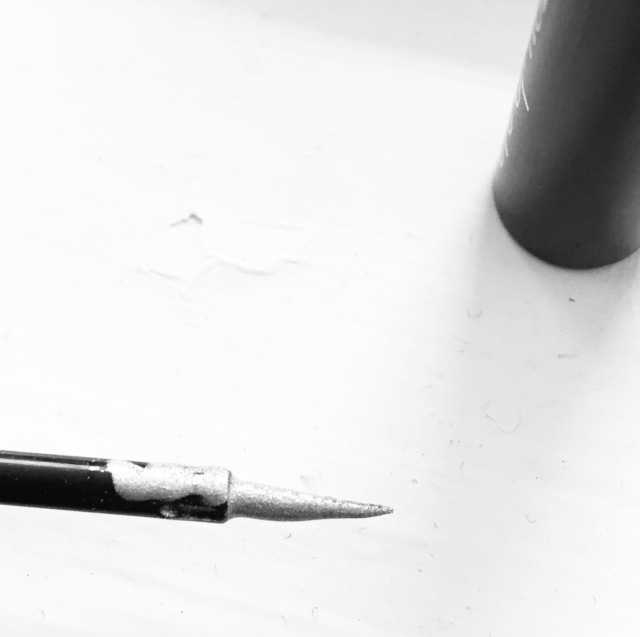 The only downside that they are deceiving in size, because the wand(?) is so long it looks like there is so much product in them whereas in fact, they are just regular size. Not a huge complaint, but something to note.

Lastly I received the Goddess eyeliner pencils in Sahara Nude and White. $32.89NZD These pencils glide on so nicely and don’t tug at the eye which is nice. I use them both on my waterline to brighten my eyes rather than a black eyeliner. They are pigmented enough but the white is not as pigmented as the NYX White pencil. However I think that’s not necessarily a bad thing as you don’t want a super pigmented white line across your waterline. It’s more of a subtle white/nude highlight. I really like these and I use them both regularly. They don’t transfer either and they seem to last well.

Have you tried anything from Eye of Horus? Keep a look out for my post on the mascara – you won’t want to miss it! What else should I purchase from this brand? I’d love to try their brow products and their eye shadows were to DIE for!