Disclaimer – this is not some stupid suck-up-to-my-favourite-YouTubers-post. This is my honest opinion about something that really irritates me.

Today I’d like to chat about something that grinds my gears. I spend a fair amount of my free time watching YouTube videos. I watch beauty, vlogs, reviews and challenges. I think that YouTube is a fantastic base for people to release their inner creativity. I wish it had been more of a thing when I was younger, although I’d imagine there’d be some pretty horrifically embarrassing videos out there of me if that were the case.

Some of my favourite channels and the ones I watch regularly include; Shaaanxo, Zoella, Pointless Blog, xlivlovesmakeup, Kathleen Lights, Crystal Conte. Chloe Morello.

Now, I would say that the majority of these people, if not all of them, have done a sponsored video in the past.

What is a sponsored video or a sponsored post exactly? Well, companies have money set aside to pay for advertising. Usually, that would be spent on promotions, social media, giveaways, adverts on TV or in magazines, celebrity endorsements etc. Now, because of the popularity of YouTube and blogging, readers trust the opinions of people they can relate to, people they feel like they know well. Just like you’d trust the opinion of a friend or a family member. We see so much of these YouTubers lives, we feel like we know them already.

Because of the huge influence and reach that popular bloggers and YouTubers have, as well as their channels already being catered to a specific audience, companies are finding it cheaper and more effective for them to sponsor a YouTuber or blogger to talk about their products, rather than making an ad in say, a magazine.

(tl;dr) So, these bloggers and YouTubers basically get paid money to talk about products.

Wow! That’s awesome! How much money do they get? That really differentiates between blogs, YouTube, the person and the company. Some companies pay a lot (like in the tens of thousands), but most companies think they can get away with paying much less than they’d pay a celebrity to do an endorsement or a magazine for a print ad. Usually, the number is more in the hundreds, maybe the thousands. It also depends on the YouTube channel or blogs engagement and reach. So, how many people are likely to see the post or video and respond to it. The bigger the reach, the more money you get paid.

So… what’s the problem? Some readers or viewers are becoming increasingly upset at their YouTube stars “selling out” and getting paid as they feel like they’re being untrustworthy and only doing sponsored videos. Some people think the YouTubers that they watch are “just doing it for the money” and that their opinions aren’t their own.

The fact of the matter is, these famous YouTubers and bloggers don’t have another job. Blogging or making YouTube videos literally IS their job.

Take Pointless Blog (Alfie Deyes) and Zoella (Zoe Sugg) for example – the YouTube power couple. Alfie has 4.5 million subscribers on his main channel, 2.5 million on his vlogging channel (where he posts the bulk of his videos) and 1.5 million on his gaming channel. Zoe has nearly 9 million subscribers on her main channel and 3.3 million on her vlogging channel. Both members of said power couple have been making YouTube videos for SEVEN years! I repeat –  SEVEN YEARS. It doesn’t take an idiot to figure out that these two people have 100% earned their success on YouTube. 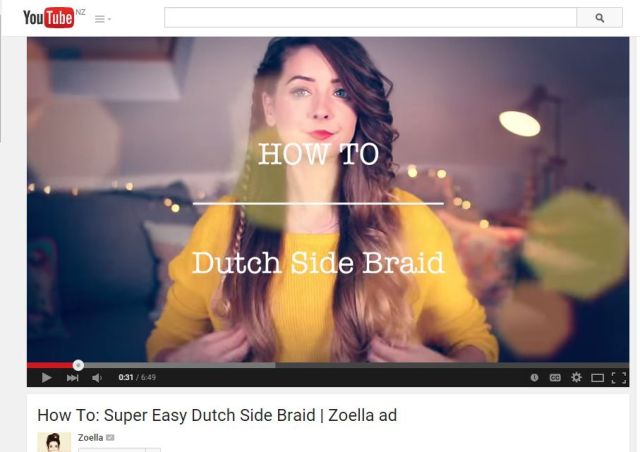 All I ever read about Zoe and Alfie on social media, in the YouTube comments and on nasty gossip sites is how awful they are, how they only ever do things for the money, they’re sell outs etc. This is actually just not true. There are literally websites made purely to “gossip” about YouTubers and Bloggers. How disgusting is that!?

The good thing about sponsored posts in the UK is that every YouTuber must say in their video title when a video has been sponsored. After scrolling through Alfie’s main channel for a few minutes I saw that he hasn’t made a sponsored post for 7 months. On his vlogging channel, his last sponsored post was 3 months ago. That certainly doesn’t seem like a person who is “only doing it for the money” to me. Think about how many emails and opportunities these people get. (I can assure you, it is a ridiculous amount). Don’t you think that if he wanted to do it for the money, that he’d take up every sponsored post opportunity? Every video would be sponsored, whether he believed in the product he was talking about or not. 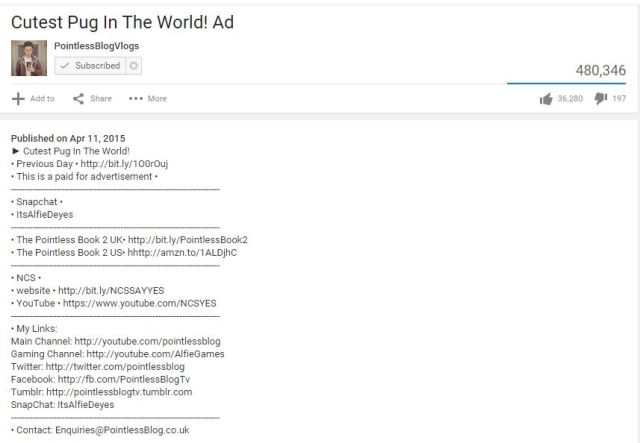 However, this is not the case. It is obvious to me that these YouTuber’s are honest people, making a living. They’re not going to do a sponsored video if it’s not something they believe in, but if it IS something they’ve used and like, then why can’t they get paid to talk about it? Why is that something to hate on? 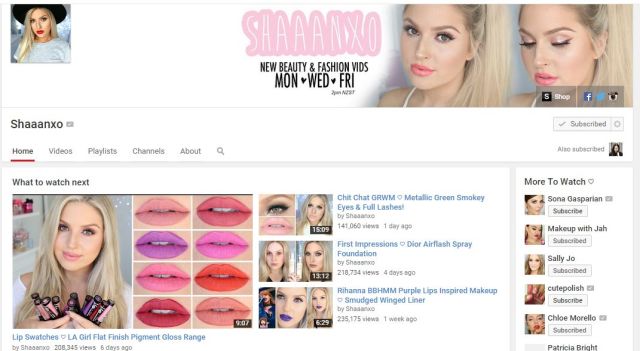 Beauty guru YouTubers like Shaaanxo get sent a ridiculous amount of makeup, almost every single day. Their email accounts are flooded with emails from companies wanting to pay them to talk about their products. I know this because I have a tiny fraction of the traffic to my blog, that some of them get on their YouTube channels, and even I get emails every few weeks asking to work with various companies. I can only imagine the sort of stuff they get in their inboxes. Do you really think they use every single product that gets sent to them? Do they say yes to every paid opportunity? No way! I don’t even think they’d have the time to fit all of that in. Instead, YouTubers like Shannon choose to talk openly about the things they get sent, and then choose opportunities that involve working with a brand or product that they genuinely like and use. What is wrong with that? Don’t you dare tell me that if you were offered $1000 to tell your friends about a product that you love, you wouldn’t do it? What’s the difference!?

People are so quick to judge anyone, especially those in the spotlight. However they’re just as human us you or I. They’ve got every right to whine about when people find out their addresses and sit outside their house, or about the fact that they can’t fit all their makeup products into their storage. When was the last time you had a ‘first world problem’? We shouldn’t be putting someone down because they are getting paid to do something they love? We should be celebrating their successes! Jealousy is an ugly trait to have.

Now, there are some shady people who don’t disclose when they’re being paid for a post. Or who do take up every opportunity they’re given. However, don’t let them ruin it for those who are honest about their paid work.

The point of this whole post is that YouTubers and bloggers who are being sponsored to talk about something, and who aren’t being shady about it, shouldn’t be put down by their fans and viewers. Blogging and making YouTube videos is literally a job for some, and it’s most likely that persons dream job. They’ve got to make money to pay their bills just like you and I. Just because they’re lucky enough to be getting free stuff from brands they love, or are being paid to talk about products they adore, doesn’t mean their opinions don’t count or that their videos aren’t worth enjoying any longer. Give them a chance, give them your support and good karma will come back to you.

What is your view on sponsored posts? Do you agree? Have you had any experience with this? WHO are your favourite YouTubers!? I need to find some more to watch!